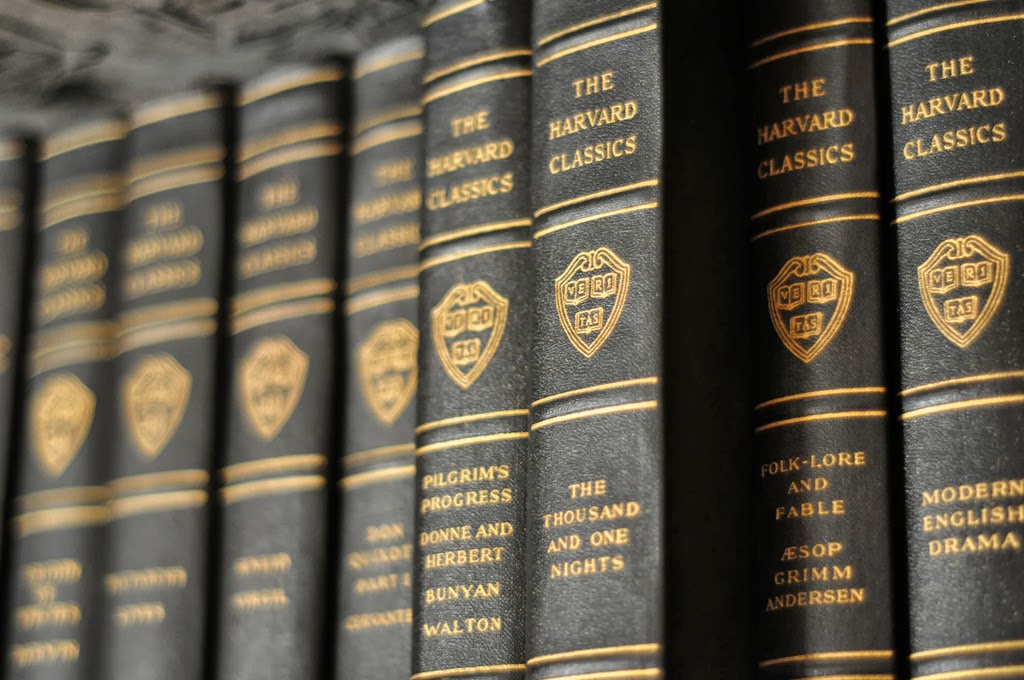 Archive.org provides all 51 volumes of The Harvard Classics anthology in many formats for free download on their servers. Unfortunately, the current page listing all of these volumes is a little disorganised, so to help you easily locate and download the files you need, I have collected all of the links on a single page . You will find volumes organised numerically with a short description of the text and download links for the PDF, MOBI, ePub and plain text files.
3 comments
Read more

Homer Homer (fl. 850 B.C.). Book XII, The Odyssey. When his ship approached the siren's rock, Odysseus stuffed the ears of his crew with wax and had himself bound to the mast that he might hear the alluring voice of the siren and yet not wreck his ship on the enchanted rock. Odysseus, his passage by the Sirens, and by Scylla and Charybdis. The sacrilege committed by his men in the isle Thrinacia. The destruction of his ships and men. How he swam on a plank nine days together, and came to Ogygia, where he stayed seven years with Calypso. ‘NOW after the ship had left the stream of the river Oceanus, and was come to the wave of the wide sea, and the isle Aeaean, where is the dwelling place of early Dawn and her dancing grounds, and the land of sunrising, upon our coming thither we beached the ship in the sand, and ourselves too stept ashore on the sea beach. There we fell on sound sleep and awaited the bright Dawn.
Post a Comment
Read more

Edward Fitzgerald Edward Fitzgerald (1809–1883), "Rubaiyat of Omar Khayyam"  Omar Khayyam laughed and enjoyed the good things of life. His "Rubaiyat," the most popular philosophic poem, is the best of all books to dip into for an alluring thought. I WAKE!  For the Sun behind yon Eastern height Has chased the Session of the Stars from Night;     And to the field of Heav’n ascending, strikes The Sulta´n’s Turret with a Shaft of Light. II Before the phantom of False morning died, Methought a Voice within the Tavern cried,     “When all the Temple is prepared within, Why lags the drowsy Worshipper outside?” III And, as the Cock crew, those who stood before The Tavern shouted—“Open then the Door!     You know how little while we have to stay, And, once departed, may return no more.”
Post a Comment
Read more